“Sustained attacks on the social peace of the rich will continue.” – Interview with Chilean anarchist Marcelo Villaroel

FREE DOWNLOAD OF THE PAMPHLET ‘”Sustained attacks on the social peace of the rich will continue.” – Interview with Chilean anarchist Marcelo Villaroel’ FOR DECENTRALISED PRINTING AND MASS DISTRIBUTION: http://325.nostate.net/library/sustainedattack1.pdf

Chilean social combatant and anarchist Marcelo Villaroel is imprisoned and accused in the “Security Case” for bank robbery and the murder of a policeman. (See the recent communique from the Buenos Aires Support Network for the accused comrades Marcelo, Fredy and Juan for more information). This pamphlet contains a translation of the interview Marcelo gave from High Security Prison in Santiago, 5 October 2010. Marcelo discusses his (anti-)political evolution from a Lautarista militant to anarchist, the “Security Case” for which he’s accused and the latest anti-anarchist state repression “the Bombs Case”, and the autonomous anti-capitalist and anarchist offensive the state aims to crush. 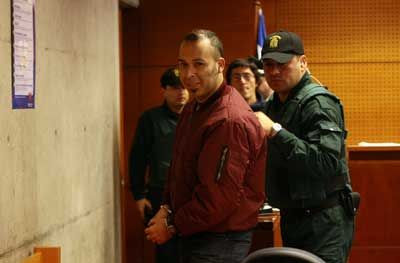 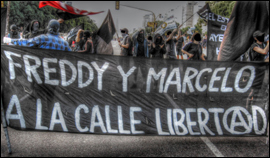